Despite living in NS for close to 15 years, I’ve never gone to CB and ridden the Cabot Trail. My nephew had a six month work term at the port in Sydney and what a great opportunity to visit him and ride the trail. Weekend before last looked like good weather and I knew I couldn’t put it off much longer. The plan was to head up on Friday afternoon and crash with my nephew and ride the Trail on Saturday, stay overnight again in Sydney and ride back Sunday. 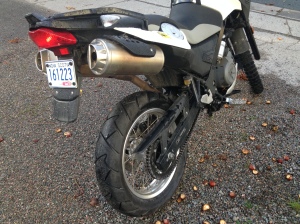 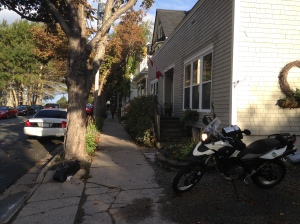 Chris at Pros at Work Suspensions here in Bridgewater (beside the Honda dealership) was kind enough on short notice to put a ‘loaner’ Conti Trail Attack on the rear of the Sertao to spare my newish TKC80. The front was toast anyway, so I left that on. As usual, I wasn’t able to leave the office as early as planned and was on the road shortly after 2pm. So much for the scenic route! It was an uneventful but mind-numbingly boring ride until I got past Truro where everything was new to me.

I had a great evening with my nephew at his place overlooking the harbour. In the morning a massive cruise ship docked and a couple dozen buses showed up. It was time for me to get going before these tourist-laden behemoths got on the Trail. The Trail was a blast to ride, but every time I got up in the gears I’d hammer on the breaks to take in the next amazing view. The viewing areas were hilarious as cars flew in like locusts, take pictures, and screeching off to the next view. It was a recipe for road rage, but it never happened as we were all in on the ‘joke’. Everyone exchanged knowing chuckles as we all realized how ridiculous we were acting, but we couldn’t help it. The views and colours were amazing! My pictures just didn’t do it justice. I knew this wouldn’t be the last time I’d be doing the Trail so I gave in to the need to constantly stop and take it in. Next time I’ll focus on the ride. 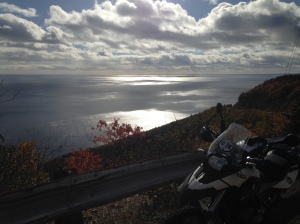 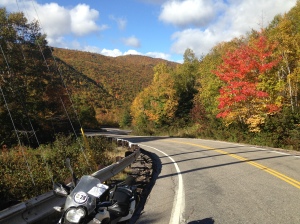 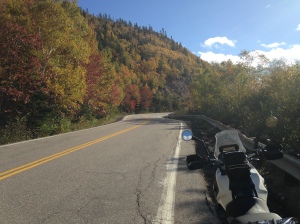 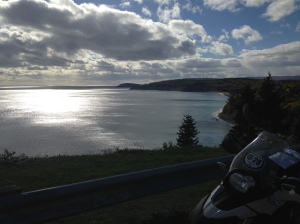 After another great night out with my Nephew on Saturday, it was time to head home on Sunday morning under sunny skies. That lasted to the causeway where I was blasted by a monsoon, cold temps and high winds – not fun. Good thing I had purchased a rain jacket at Atlantic Motoplex after the Fundy Adventure Rally, as I wouldn’t have been able to make it home otherwise. I persevered and once I got back, made sure to take a long hot shower. I have to admit, I get the hype, it was truly spectacular and I can’t wait to do it again when it’s warmer! 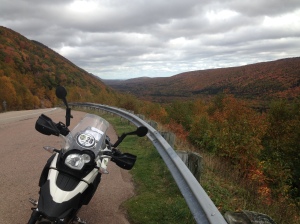 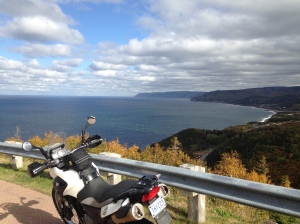 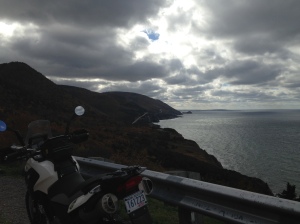 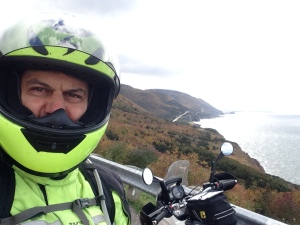 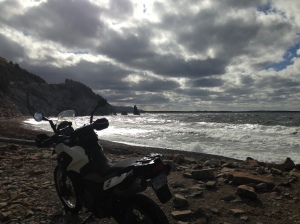 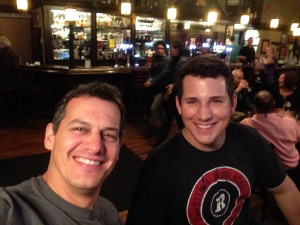